Radio from Our Side of the Barricades

Despair and grasping resistance with punk

I kept checking the address. It’s a horrible house plant. As expected, the rest of the article is nonsense.

Lately, many Republicans seem to have developed a strange fascination with Vladimir Putin and the Russian government. If you were to go through every single speech and interview President Trump has given, you would be hard pressed to find a time when he has been even slightly critical of Putin. Naturally, his most loyal supporters follow his lead. This is odd, because even though the Russians may not be an immediate threat to the United States, they are still dangerous. Vladimir Putin is a mass murdering, genocidal fascist, believed to be responsible for the mysterious deaths of hundreds of Russian civilians over the past few decades. This is not a man that the United States should be cozying up to. (RELATED: Is this mysterious radiation making its way across Europe the fault of Vladimir Putin?).

The renewed claim drew a fierce outcry. Liudmila Narusova, a lawmaker in the Federation Council, told Interfax that the allegations mark a “return to some kind of obscurantism.” Russia’s Jewish organizations protested the claim, as well. Boruch Gorin, a spokesperson for the Federation of Jewish Communities of Russia, was also shocked at the absurdity of the allegations. “We all think of this as absolutely unacceptable,” Gorin told Interfax.

Originating in England with the 1144 case of William Norwich, the accusation – that Jews allegedly murder Christian children for ritual purposes – enjoyed popular appeal for hundreds of years. The most publicized case was that of Mendel Beilis, who was accused of ritually murdering the thirteen-year-old boy Andrei Iuschchinskii on March 20, 1911. The Beilis trial was widely reported in newspapers worldwide and became an international cause célèbre. 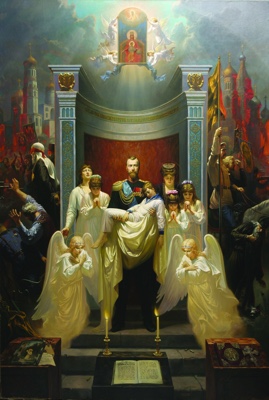 Russia has had a long history of promoting ritual murder accusations. The blood libel survived on Russian soil since the end of the eighteenth century, when the Russian government acquired the largest Jewish population in the world as a consequence of the partitions of the Polish-Lithuanian Commonwealth. In the first half of the nineteenth century, almost all of the documented cases occurred in present-day Lithuania and Belarus. Here, an unusually high proportion of the inhabitants – from the common folk to the well-educated members – believed that Jews were capable of committing the crime.

Breitbart joined in, publishing an article about the cancellation with a wholesome image of white children in a church performing a nativity scene, implying that the local Jewish family had somehow stopped this

Christian church performance from going forward. The picture and the story don’t connect, but communication and bigotry don’t require logical sense. The local Jewish family, seeing comments on Breitbart asking for their home address, decided to leave town for vacation a day early. As the father told reporters, referring to Pizzagate: “There’s no way we’re going to take a chance after the pizza incident.”

Later, the Anti-Defamation League tried to tamp down fears by saying that the family had not, properly speaking, “fled,” but that largely seems to depend on how you define “flee.” Clearly, they were concerned and so left town.

The “pizza incident,” as the Pennsylvania Jewish father put it, has been much on my mind lately. When I teach Thomas of Monmouth’s text to my students, they are horrified, but also baffled. How could anyone have believed such outrageous drivel? To them, I can now offer the modern example of Pizzagate.

Alex Jones, Internet and television conspiracy monger, dredged up a fictional story about a pedophile ring in a Washington, D.C., pizza restaurant from the bottom of the Internet, promoted it to his fanbase, and linked it to Hillary Clinton, whom he then called a murderer and molester of children. His fans believed it, shared it on their own platforms, some surely out of their own convictions and others because they wanted to promote their own brands or go viral. The story spread rapidly. Believers started sending harassing emails and phone calls, and even went to the restaurant to perform surveillance.

In March 1144, a dead body was found in the forest outside the town of Norwich. No one paid much attention to it at first. England was then in the middle of a civil war between Stephen and Matilda, the grandchildren of William the Conqueror. In East Anglia, where Norwich is located, the war was particularly violent. Soldiers hung men and women by their thumbs for extortion. Others met a different fate: “Knotted ropes were put round their heads and twisted till they penetrated to the brains,” according to one contemporary. “They said openly that Christ and his saints were asleep.” The large library in Norwich was burned; a kidnapping ring terrorized the surrounding area. It wasn’t unusual for dead bodies to turn up without much explanation. So when a peasant came across a corpse in the forest underbrush one day, he simply avoided it and continued on with his chores.

The body was that of a young man named William of Norwich, and the debate over his death eventually became the basis for one of the most heinous and lasting accusations against the Jews: that they conspired to kill children and use their blood for religious rites. The explanation for William’s death that emerged, though slow to take hold in medieval England, became a mainstay of anti-Semitic thought and a justification for atrocious crimes against Jews in the Middle Ages and beyond. A little over 100 years after William’s death, more than 90 Jews in Lincoln, a cathedral city in the English Midlands, were arrested when the body of a young boy was found in a well; 18 died hanging. Centuries later, town magistrates in the northern Italian town of Trent alleged that Jews had killed a 2-year-old named Simon and used his blood to make matzo. Trent’s Jewish community was tortured to force their confessions. Some were burned at the stake; two converted to Christianity and were then beheaded. In Spain, Jews and conversos were condemned by the Inquisition for allegedly forcing a child to relive the trials of Christ’s Passion.

Source: The Origins of Blood Libel | The Nation

Despite this positive international recognition, there’s a counter-narrative pushed by a vocal network of individuals who write for alternative news sites countering the “MSM agenda”. Their views align with the positions of Syria and Russia and attract an enormous online audience, amplified by high-profile alt-right personalities, appearances on Russian state TV and an army of Twitter bots.

The way the Russian propaganda machine has targeted the White Helmets is a neat case study in the prevailing information wars. It exposes just how rumours, conspiracy theories and half-truths bubble to the top of YouTube, Google and Twitter search algorithms. 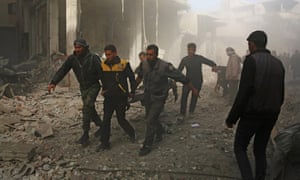 “This is the heart of Russian propaganda. In the old days they would try and portray the Soviet Union as a model society. Now it’s about confusing every issue with so many narratives that people can’t recognise the truth when they see it,” said David Patrikarakos, author of War in 140 Characters: How Social Media is Reshaping Conflict in the 21st Century.

I Am Eric Trump. My Family Won’t Let Me Talk Because I Am an Anarcho-Feminist Committed to Kurdish Liberation

Over the past few years, I have been mocked on late-night comedy programs as a silent dolt. It makes sense for Western liberals to mock what they don’t understand, but what they think is silence due to a childish stupidity is actually a decades-long censorship campaign of my political beliefs. My family won’t let me talk because I am an anarcho-feminist committed to Kurdish liberation.

Source: I Am Eric Trump. My Family Won’t Let Me Talk Because I Am an Anarcho-Feminist Committed to Kurdish Liberation – McSweeney’s Internet Tendency